Halloween is traditionally about the fabled creatures of the underworld. Ghosts, Ghouls and Zombies take many forms in the imagination. Increasingly, it has become acceptable for Halloween costume design to move away from the traditional spirit, under world, fairy story and magical themes, and to move on to just plain having fun. And that’s just what Guyana Sport Shooting Foundation did last Saturday 27th October, 2018 when for the third year, BM Soat Auto Sales backed the GSSF in their Annual themed competition which was a very keenly contested one, all within the confines of the safety rules and watchful eyes of Range Master, Mr. Dallas Thomas and his Team of Range Officials.

Shooters were placed in two squads shooting two stages simultaneously: ‘Related” with 9 IPSC Targets and 4 Steel poppers set out behind various screens and “Big Barricade Mash Up” which consisted of 10 metric targets, 7 no-shoot targets, 5 plates and 4 poppers. On start signal, competitors were to engage targets 1-7 identified from behind a barricade and thereafter proceed to either shooting box set on the left and right of the barricade and engage the targets in front of that corresponding box. After doing so, the competitor had to proceed to the remaining box on the other side of the barricade and engage the remaining targets. The shooters came up with various strategies to engage these targets in both stages so as to beat the clock and register good hits to score.

The action continued as shooter after shooter took the sandy walk to reset the stages and disappointingly, zero-ed the stage because of the misses discovered after. Only 2 shooters managed to secure a positive hit factor in this stage thereby changing the dynamics of the possible match outcome: Vidushi Persaud-McKinnon and Lennox Braithwaite.

Scoring for practical shooting is done by recording the competitor’s time with an electronic device which ‘hears’ the shots and records the time from the audible beep which signals the start to the sound of the last shot fired. The targets are then checked, recorded and the total score gained is divided by the time recorded for that competitor the result of which is termed a Hit Factor. The highest HF will win the stage, the total match points are an accumulation of all of the competitor’s stage points. All scoring at GSSF pistol events are computed using scoring software specifically designed for the discipline since this is done atomically it aids in efficiency. Ultimately the scoring in practical shooting rewards the winners who can have a balance of accuracy within the shortest possible short stage times as against other competitors within the division.

Below are the Overall Match Results. Thanks again to our sponsor, B.M. Soat Auto Sales.

Chairman of the Practical Shooting Committee and the Match Director for this event Mr. David Dharry, expressed appreciation to the Management of B.M. Soat Auto Sales of Lot 9 Croal Street, Georgetown for their continued support to the promotion and building of the sport in Guyana.

The Board of Directors wishes to commend the Match Director, Range Master, Stats Officer, Range Officers and the shooters for ensuring an efficient event. Special thanks also to the Guyana Defence Force, Chief of Staff Brigadier Patrick West, Commissioner of Police Mr. Leslie James, OC Mr. Guy Nurse, the ranks of TSU and the Guyana Police Force, the Media, the Management of Clear Waters and GSSF members for their support in promoting practical shooting locally. Sincere thanks were extended to Mr. Rameez Mohamed of BM Soat Auto Sales. 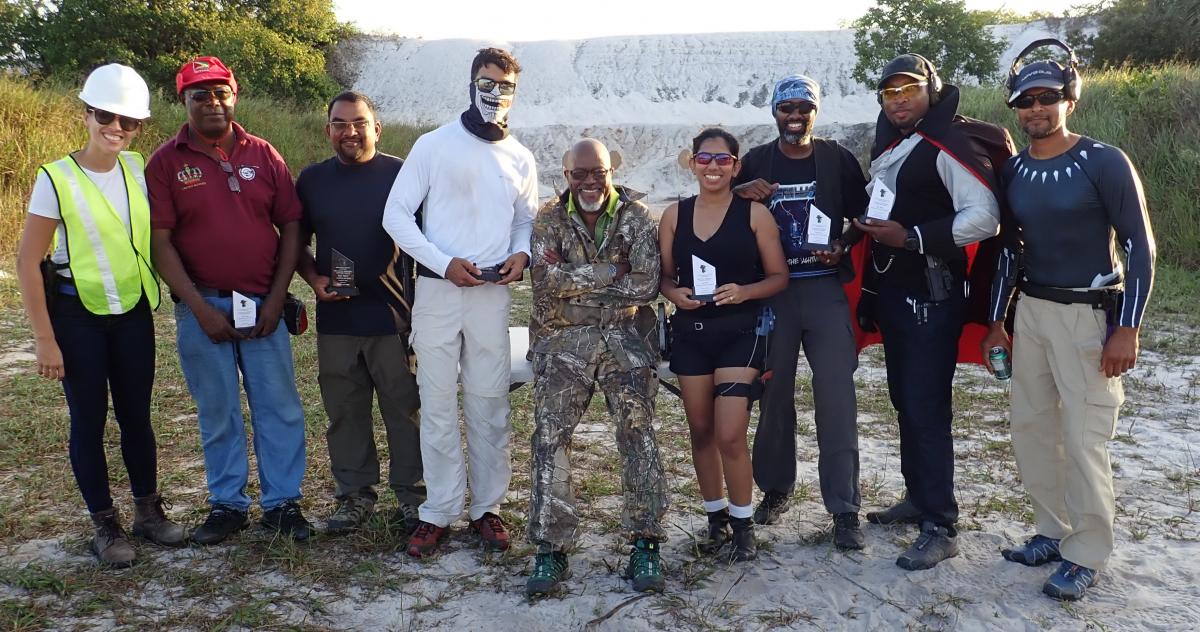 Photo of the 2 Division Winners: Lara Croft (Vidushi) and the God-Tooth Gangster (Pravesh) below: 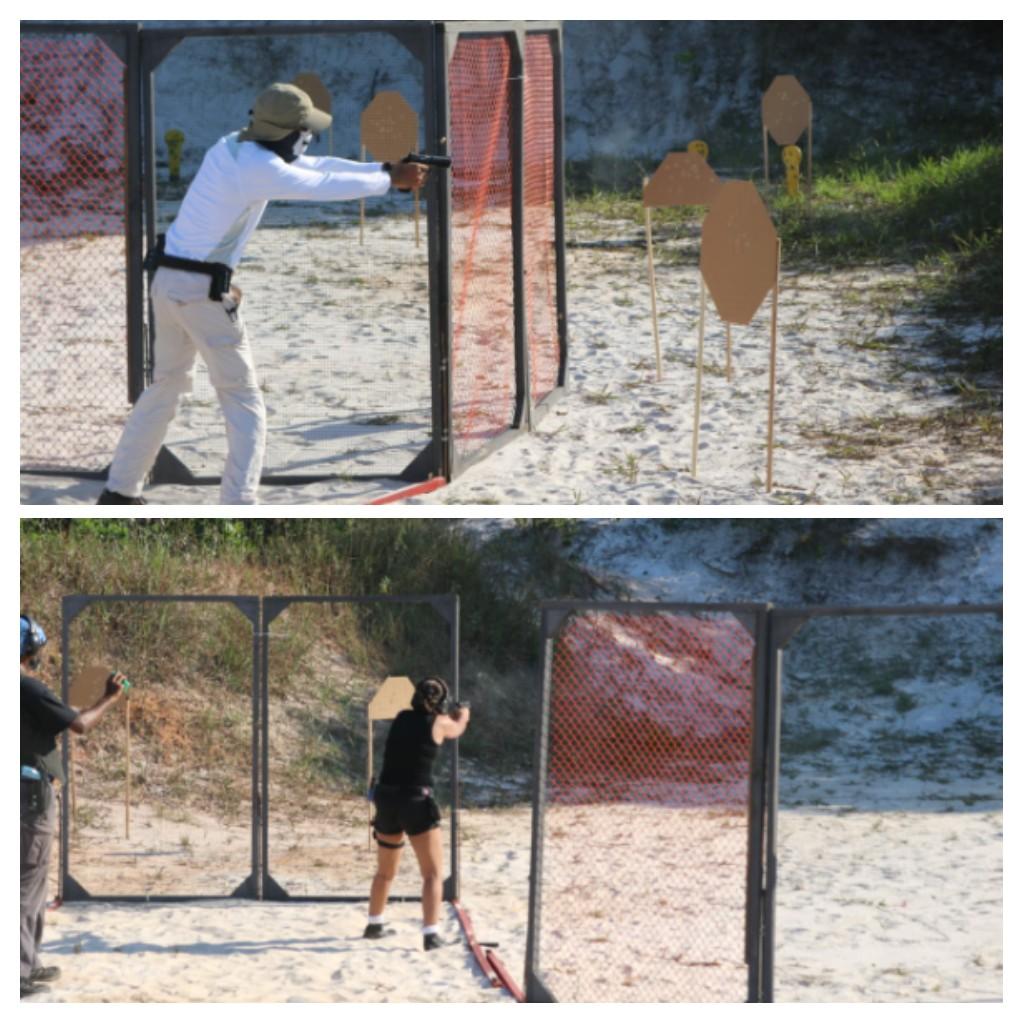