“Unstrung Hero” AND “Bad to the Bone” walk away with top prizes at B.M. SOAT’S ANNUAL COSTUME MATCH

For the fourth consecutive year, Halloween in Guyana for sport shooters has been associated with the much anticipated B.M. Soat Annual Costume Match. The Guyana Sport Shooting Foundation once again last Saturday 2nd November, 2019 hosted their Annual themed competition which was a very keenly contested one, sponsored by B.M. Soat Auto sales all within the confines of the safety rules and watchful eyes of Range Master, Mr. Dallas Thomas and his Team of Range Officials.

The Timehri Range transformed just after noon with cool overcast weather, with the rain clouds hovering but not breaking over the Match thereby providing wonderful cloud coverage for the participants as members turned out in their costumes, with appearances from inter alia, a FBI Agent, A Policeman, a Policewoman, terminator, Unstrung Hero, a Cricketer, a Vacquero and a QC Old Student.

Members of the Guyana Sport Shooting Foundation competed in two SCSA Divisions: Production and Limited. As an affiliate of the Steel Challenge Shooting Association, a sister body of the United States Practical Shooting Association, the GSSF over the years has been organising matches following their strict safety policies. This simple, yet action-packed shooting sport attracts Guyanese pistol shooters from all around the country on a regular basis who all engage in melodic pinging fun.

Steel Challenge Shooting is in fact considered to be the fastest practical shooting competition in the world. The Competition proved to be an exciting one consisting of four (4) different stages where competitors shot at 5 individual steel targets per stage. Shooters were scored using an electronic timing device, penalties of added time were applied for any misses after the designated stop plate was shot and the total time taken was the score: all while being closely monitored by the Foundation’s Range Safety Officers. The shooters with the lowest time to hit all the plates overall in the match in the respective divisions were declared the winners.

At the Opening Ceremony, Chairman of the Practical Shooting Committee and the Match Director for this event Dr. Pravesh Harry, expressed appreciation to Mr. Bashair Mohamed, Mrs. Vimala Priya Mohamed, Mr. Rameez Mohamed and the Management of B.M. Soat Auto Sales of Lot 9 Croal Street, Georgetown for their continued support to the promotion and building of the sport in Guyana.

Range Master, Mr. Dallas Thomas then delivered his Safety Charge and Reminders to Participants and Spectators to ensure that the strict safety rules were adhered to.

A special addition to the Match was announced which was the Unclassified Category to facilitate the beginner shooters.

The Match was then declared open and the 2 squads began what would later show to be a very closely contested match in both divisions as shooters commenced firing on the 4 stages: 5 To Go, Some & Hope, Showdown and Speed Option.

Beautiful trophies were presented to the winners as follows:

At the Presentation Ceremony, thanks were extended by the Match Director to Range Master, Mr. Thomas and the Match Committee and Officials for ensuring the efficiency and high safety standards with which the match was run.

The GSSF would like to extend its sincerest gratitude to Managing Director and member, Mr. Rameez Mohamed and the Management of B.M Soat Auto Sales for the kind Match sponsorship. The Foundation also wishes to thank the Guyana Defence Force, Chief of Staff Brigadier Patrick West, Commissioner of Police Mr. Leslie James, Deputy Commissioner of Police, Ms. Maxine Graham, OC Superintendent Mr. Guy Nurse, the ranks of TSU and the GPF Armoury and the Guyana Police Force and the Media. 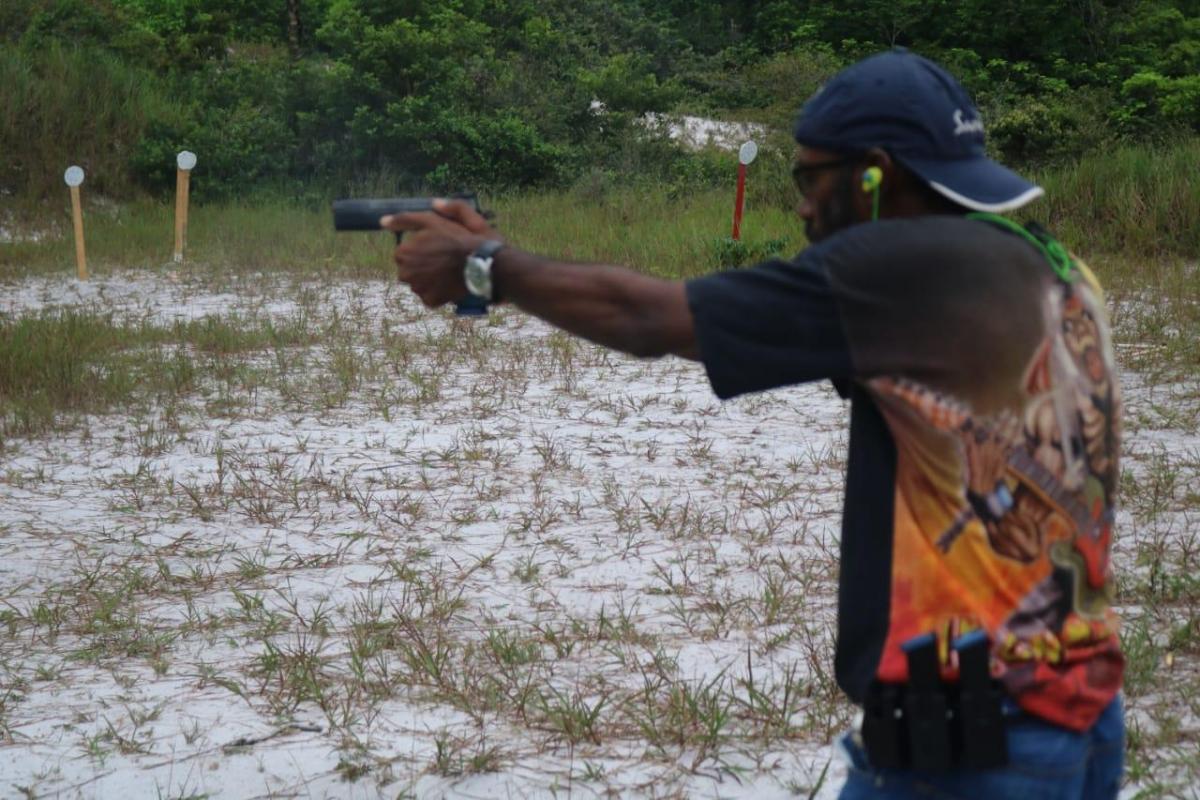 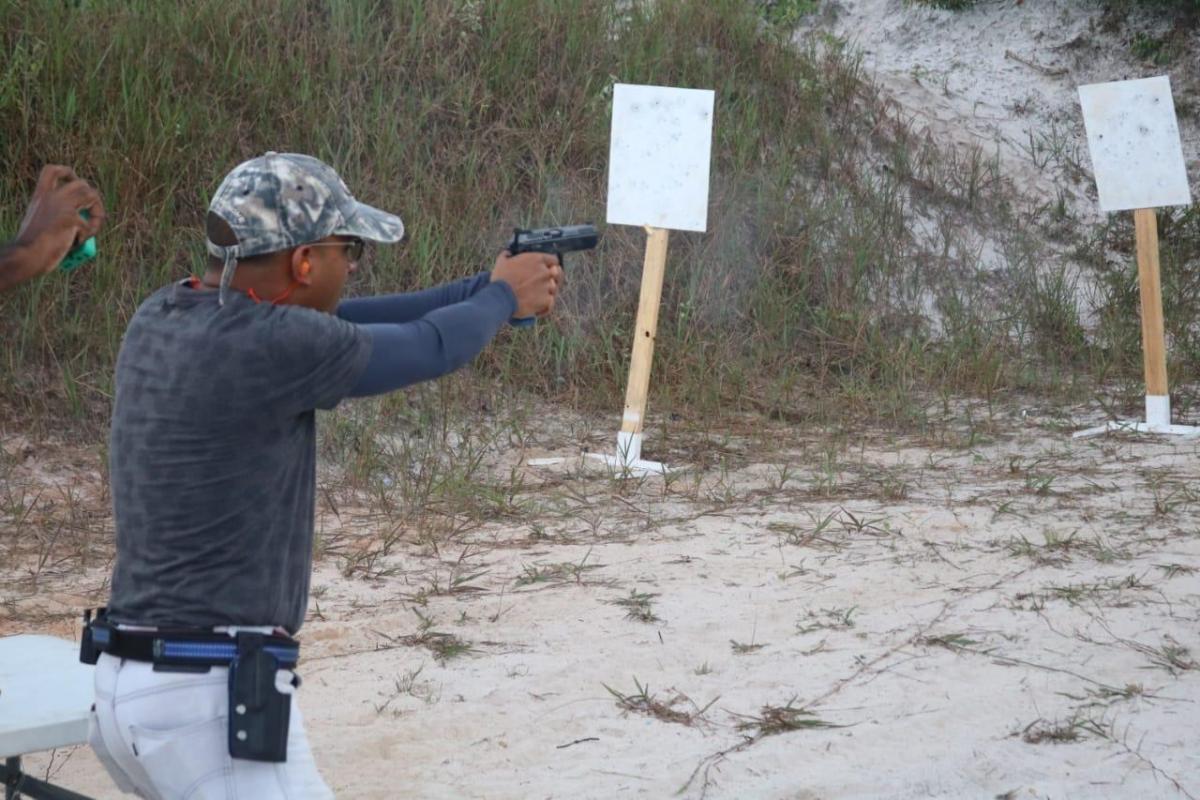