Local practical shooters gathered at the Timehri shooting ranges to take part in an exciting Practical Pistol match which comprised of five challenging but fun stages. The match was conducted by Match Director Mr. David Dharry. At the Opening Ceremony Managing Director, Mr. Brian Backer of the Match sponsor Company delivered brief Remarks during which he explained that Orinduik Development Inc. is a private Security Firm based on the East Coast that specialises in aviation security and VIP personal protection.

Shooters participated in 2 divisions, namely the Limited and Production divisions. Each division had its unique requirements and restrictions, as prescribed by the USPSA (United States Practical Shooting Association). Since each division has its own regulations, the shooters do not directly compete with each other across divisions. As such, prizes were awarded for 1st to 3rd place in each division.

“Bookout’s Boogie”, a USPSA classifier, required Competitors to choose between either an array of metal targets or an array of paper targets to be engaged from one of two shooting boxes then proceeding to a second shooting box and engaging the remaining targets.

“Alternate” proved to be perhaps the most challenging stage for the day and consisted of  seven paper targets. The shooters’ start position was standing next to the most downrange of two barrels, holding his or her first magazine in the strong hand and a cloth in the weak hand. The firearm was placed on the same barrel with the slide locked open. All remaining magazines were placed on the second barrel uprange. Upon the start signal Competitors had to engage the three targets most downrange with the strong hand only, then proceed to the second barrel, make a mandatory reload and engage with his/her weak hand the remaining targets, some of which forced the shooters to be very wary of the 180 degree safety rule.

“Stage 95 Max” consisted of nine paper targets and one metal target. The targets were placed at challenging distances and angles with some being placed in close proximity to the sometimes dreaded no shoot targets which if shot incurs a penalty of minus ten points. The shooters’ start position was seated on a chair with their backs touching the back of the chair and hands on their knees. On the start signal all targets were to be engaged from within set fault lines.

“Fluffy’s Revenge 2” was the second USPSA Classifier for the day and consisted of two metal poppers and three paper targets. There were also a few of the challenging no shoot targets alternating with the paper targets. Shooters started this stage while facing up range with wrists above the shoulder. Despite the challenge of having to turn, draw and engage all targets without hitting any of the no shoot targets, most if not all competitors emerged triumphant in their scores.

“Lots of Sand” comprised nine paper targets and four metal falling plates. Targets were placed at varying angles and distances as well as being behind barriers, which were meant to force competitors into movement to be able to engage them. Even though some of the targets were at challenging distances and required the most movement for the day, competitors could be heard remarking that this was their favourite for the day.

Scores were computed on the go thanks to the use of electronic scoring methods by way of a special application called Practiscore under the efficient eye of designated Stats Officer for the day, Dr. Pravesh Harry. Match results were announced as follows:

The G.S.S.F. would like to extend its sincerest gratitude to Mr. Brian Backer and the Board of Directors of Orinduik Development Inc for the kind sponsorship and support of the Foundation’s activities and events.

The Board of Directors wishes to commend the Match Director, Range Master, Stats Officer, Range Officers and the shooters for ensuring an efficient event. Special thanks also to the Guyana Defence Force, Chief of Staff Brigadier Patrick West, Commissioner of Police Mr. Leslie James, Deputy Commissioner of Police Ms. Maxine Graham, OC Mr. Guy Nurse, the ranks of TSU and the Guyana Police Force, the Media and GSSF members for their support in promoting practical shooting locally. Thanks also to Mr. Harold Hopkinson for the use of his personal props, steel plates, poppers and targets stands for some of the stages. 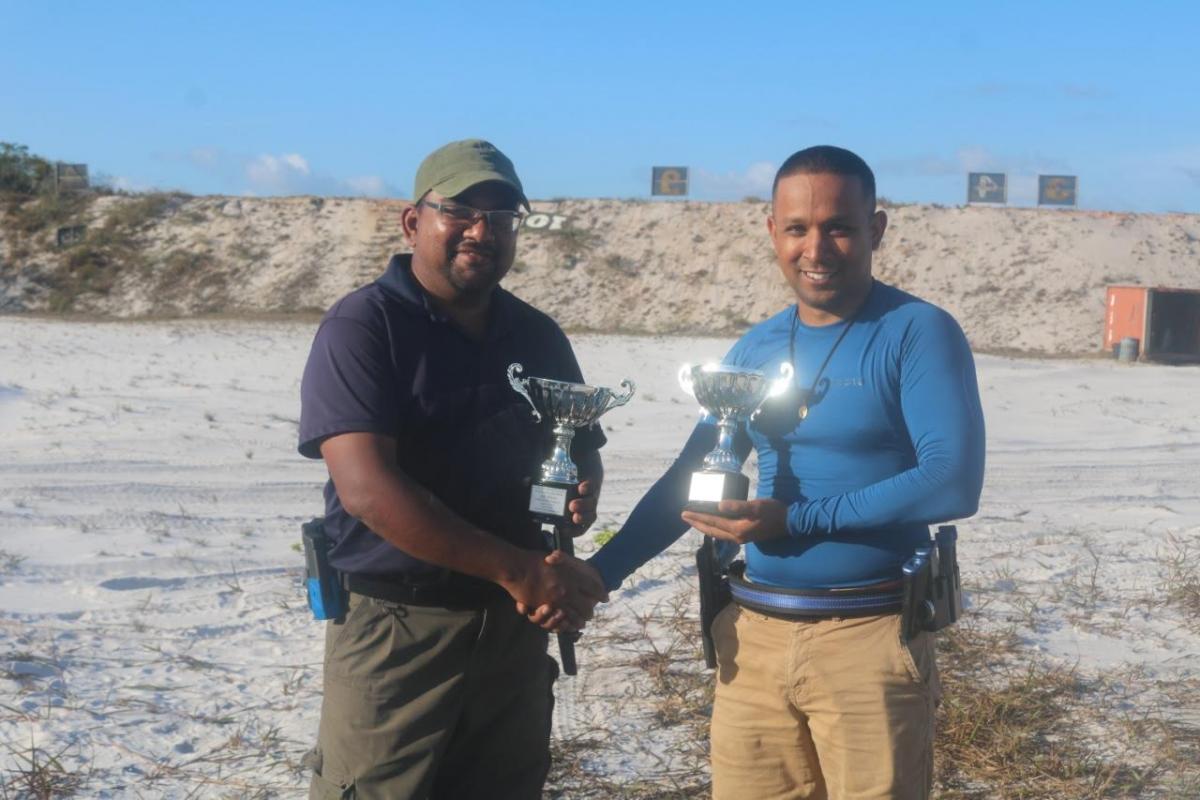 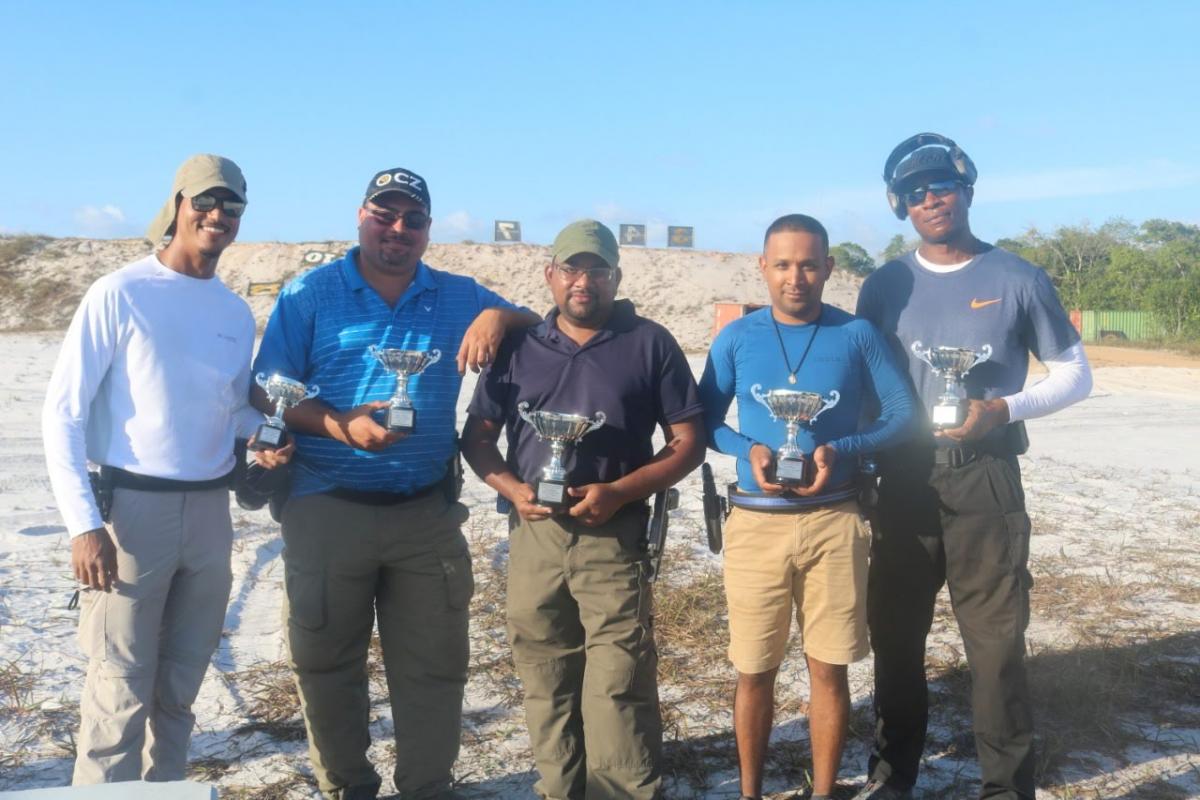 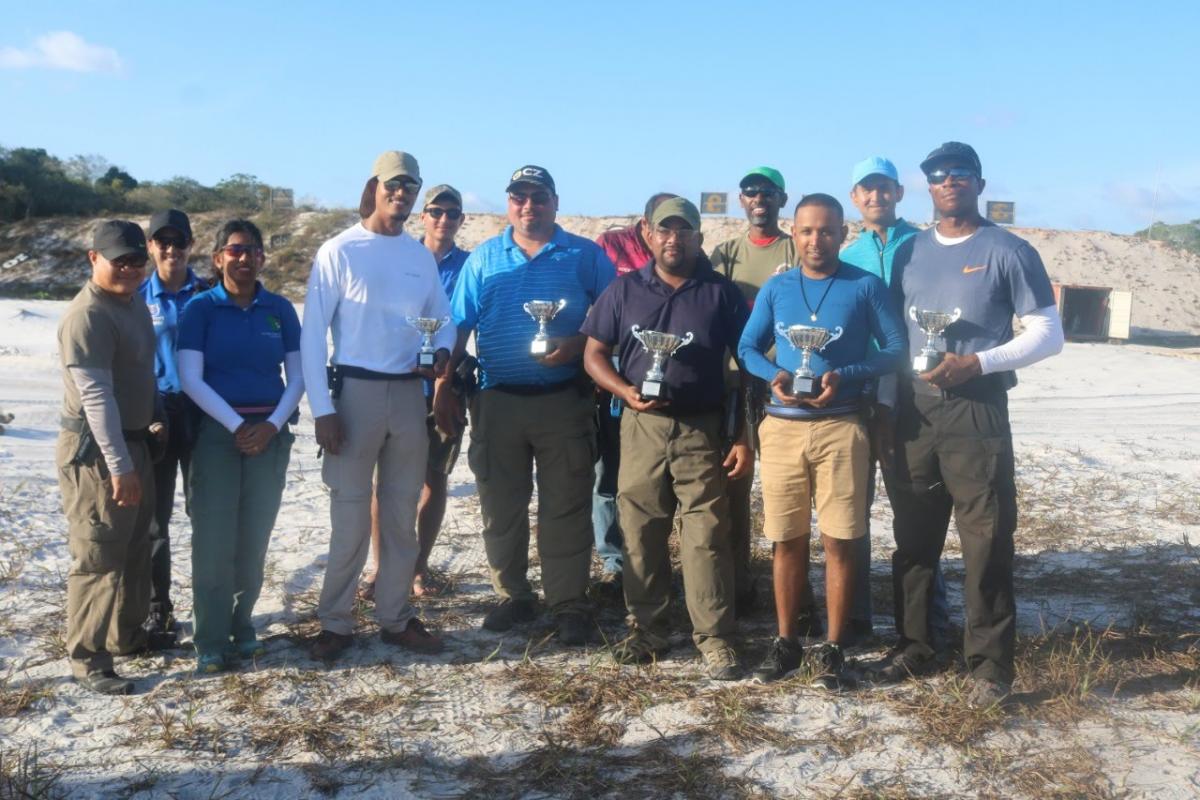