The Annual B.M. Soat Costume Steel Challenge shooting competition was once again safety completed at the Guyana Defence Force range in Timehri last Saturday. The organistion of the match was facilitated by Steel Challenge Shooting Association affiliate: the Guyana Sport Shooting Foundation. The G.S.S.F. continues to seek to promote the safe use of firearms in sport for its members and commits to continue hosting such competitions following international sport shooting regulations while upholding all regulations for firearm use in Guyana.

Since its affiliation to the S.C.S.A. the Foundation has been widely supported financially by the business community and its members. This allows for the continued growth of the assets of the Foundation which includes several dozen steel plates and metal stands that are repeatedly used for practice and in competitions. The B.M. Soat sponsored event is one such competition. There are also several notable contributions are made to the sporting body from the reputable vehicle importer and auto sale headquartered on Croal Street Georgetown. The car giant has not only committed to sponsoring matches but has also acknowledged the GSSF's ability to provide an avenue for the sharing of firearm related knowledge. This knowledge is dispensed to its sanctioned members, as inexperienced shooters access essential sport shooting training and gun safety tips by facilitating easy access to several experienced and highly skilled local competitive shooters drawing from its member base. This fosters much needed comradery in the sporting fraternity where collaborations are mandatory for success to be achieved as a nation moving forward in sport.

The annual costume match seeks to give local shooters a chance to experience the sport from a fun based outlook while at the same time being competitive and upholding stringent safety rules. There is something about dressing up in a costume and undertaking any serious task which results in laughter. The recent match was no different, shooting 3 stages simultaneously setup on the range with the abovementioned steel plates, competitors enjoyed the afternoon in cloudy skies over the Timehri range, breaking the silence repeatedly with the sound of gunfire and metal hitting metal to make the musical pings on the various steel plates. The SCSA stages shot last Saturday were: Accelerator, Speed Option and Speed Option. Shooters stepped up to the shooting boxes and brought fierce competition in the two S.C.S.A. divisions: Limited and Wildcat.

Super Girl ‘Vidushi’ traded places with Arrow ‘Qualander’ who ultimately finished second, chasing Farmer ‘Ryan’ who established a daunting lead from the get go in the Limited Division.

The folks in Wildcat Division would not be left undone by the action in the high powered Limited Division… they also blew some serious smoke, with Cricketer ‘Bassoo’ smashing some serious boundaries to beat into second place Racer ‘Rajiv’ who crashed out of the race for first place. He was followed by Contractor ‘Roberto’ who finished third.

Some have in the past compared shooting closely to the act of driving, whereby persons are given the responsibility of using a tool (the firearm to accurately hit targets in shooting), but if misused it can cause severe damage, injury or even death. Similarly, for driving it is using a vehicle (the tool) to get from point A to point B, and if misused it can also cause severe damage, injury or death. Related statistics of misuse for both of these regulated ‘tools’ can be found publicly. In this light, the G.S.S.F. calls on all firearm holders and similarly, drivers to be responsible and safe whenever they use any of these instruments, as outlined by the regulatory authorities prior to issuance of such permit for use. 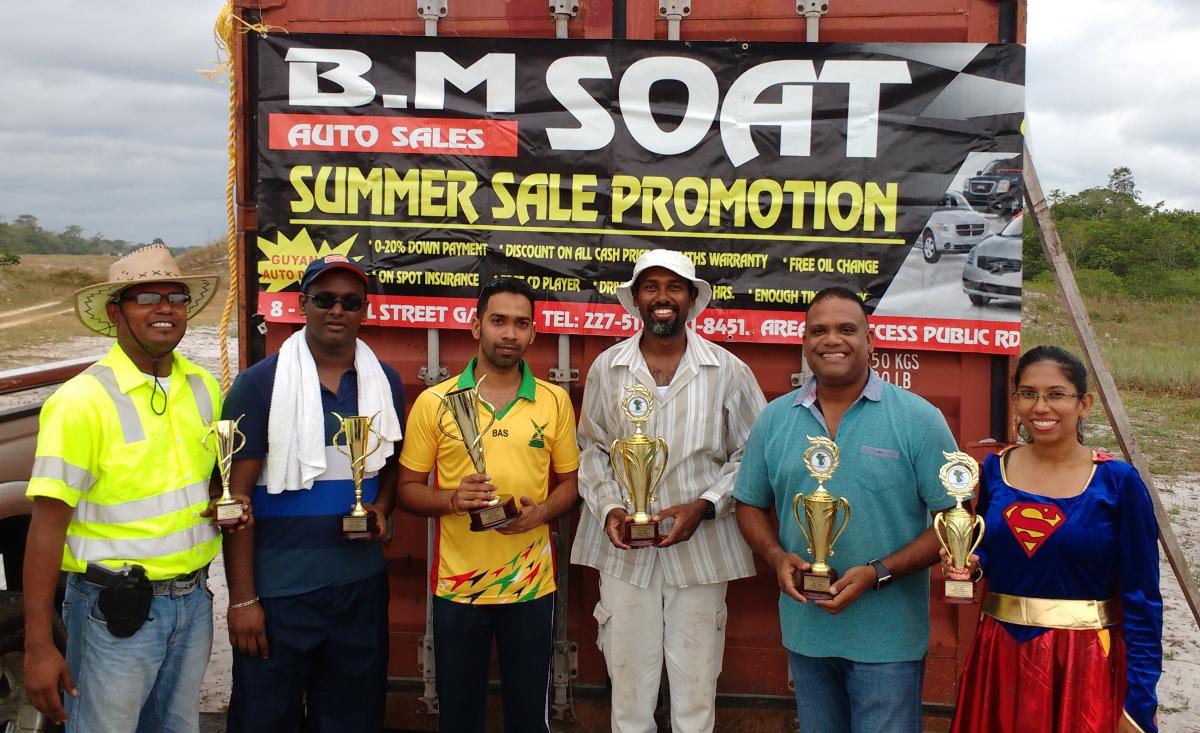