The prestigious El Dorado Trading Cup is a Challenge Trophy which has been on the prize table at an Annual match since 2015 to commemorate the Guyana Sport Shooting Foundation’s anniversary. After every match the winner’s name together with the year is inscribed on a plaque attached to the Cup. El Dorado Trading Inc., the Licensed Gold Dealers of Lot 136 Young Street, Kingston, Georgetown continued to give their unfaltering support to the G.S.S.F.

In this regard, the Guyana Sport Shooting Foundation (G.S.S.F.) in commemoration of its 4th Anniversary, on Saturday 9th June, 2018, successfully hosted this El Dorado trading sponsored Steel Challenge Shooting Association Tier 1 Match which was eagerly contested by a number of Guyana’s top shooters.

The first stage named "Outer Limits" was shot for the first time in Guyana and involved the shooters moving from one box to another.

The remaining stages were all shot from a stationary position. The second stage named "Pendulum" saw targets set at closer distances but in somewhat of a tricky arrangement, which caused shooters to engage them in random orders as they each felt was best.

The third stage named "Speed Option" caused both the shooter’s trigger finger action and their heart-beat to accelerate as they engaged the various targets set in a challenging layout.

Shooters competed in two divisions: Production and Limited. The competition requirements were as simple as the scoring: the shooter would assume his/her position in a 3 feet square shooting box with hands above their shoulders, upon the beep of the electronic timer, he/she would then draw their firearm and shoot at the targets, the timer stops when the shooter hits the stop plate.

As shooters completed each stage, their score sheets were submitted to the Stats Officer Dr. Pravesh Harry, who computed scores in a specialised software designed for the sport. Within 30 seconds of the final shot being taken by the last shooter, Dr. Harry efficiently released the Official Match Results:

Mr. Andrew Phang, GSSF’s Board Director presented the trophies for the Match. After putting up a fleeting total time for all three stages in the match, which amounted to 70.32 seconds, un-defeated Challenge Cup winner and Guyana’s Top handgun shooter Ryan McKinnon left the range with more bragging rights as he emerged victorious, after holding off a challenge from seasoned shooter Rajiv Latchana who was in turn chased by John Phang who came in third place.

Match Director, Mrs. Persaud-McKinnon conveyed thanks to El Dorado Trading for the continuous sponsorship of this Annual Steel Challenge Match. She commended the Range Master, Range Officers, Stats Officer and shooters for ensuring the efficiency and safety standard with which the match was run.

The GSSF would like to extend its sincerest gratitude to the GPF, Asst. Commissioner Ramnarine, the OC TSU and the ranks of the GPF Armoury and TSU. Additional thanks are extended to Brigadier Patrick West and the GDF for the use of their range facility at Timehri.

For more information on the G.S.S.F. and Complete Results on the match, please visit our website www.GuyanaSportShooting.com

In photo below: Ryan McKinnon in centre raising the coveted Cup flanked from left John Phang, Rajiv Latchana and on the right, Michael Blake and Aleemul Ali. 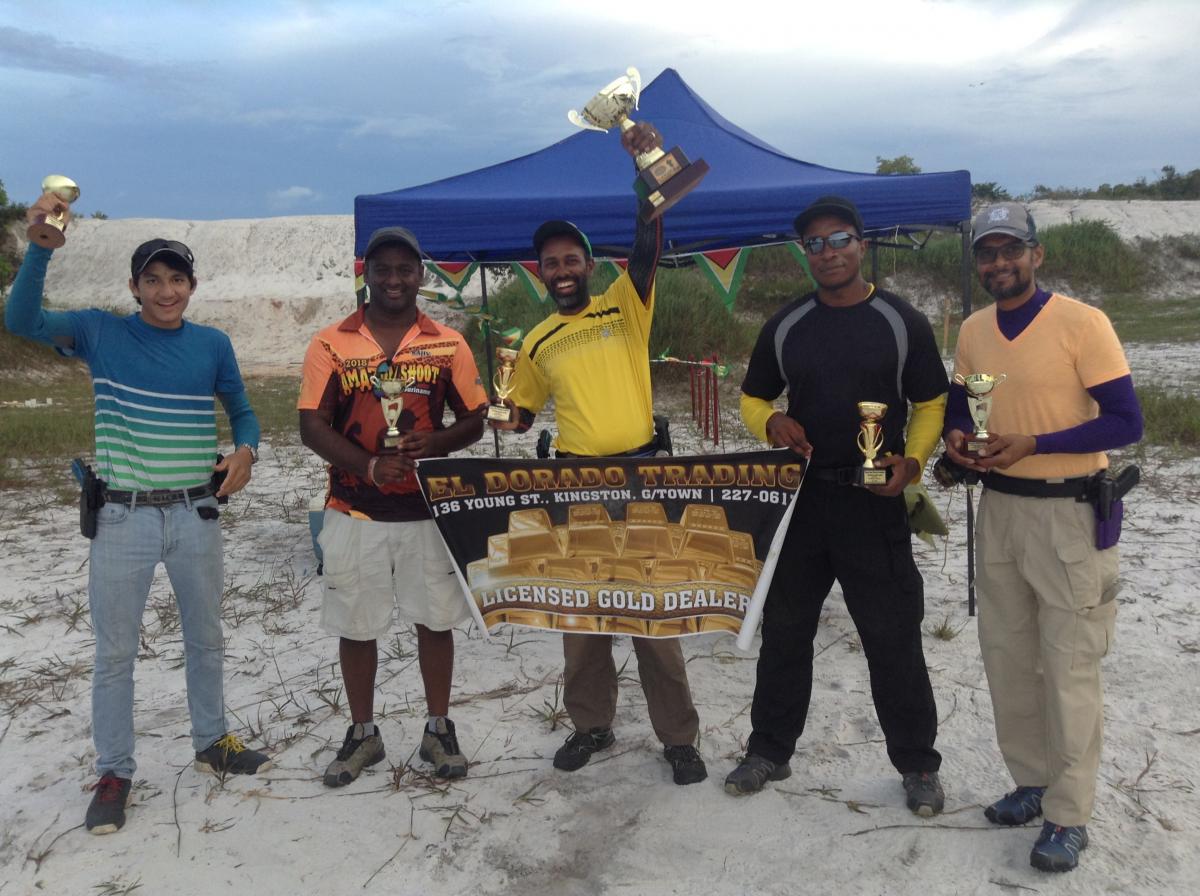 In Photo below, some of the GSSF Members commemorate its Fourth Anniversary: 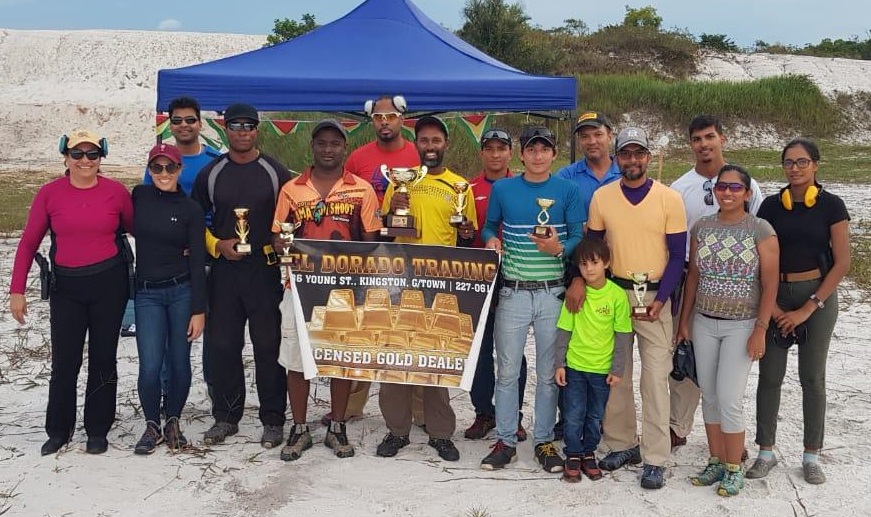 In photo below: Ryan McKinnon receiving the El Dorado Challenge Cup from Secretary of GSSF, Mrs. Vidushi Persaud-McKinnon. In 2015 Mr. Ryan McKinnon emerged victorious and walked away from the Range hoisting the El Dorado Trading Steel Challenge Cup along with his first place prize. Saturday last, he returned to the Yarrowcabra ranges to successfully defend his title and etch his name on the Cup again. 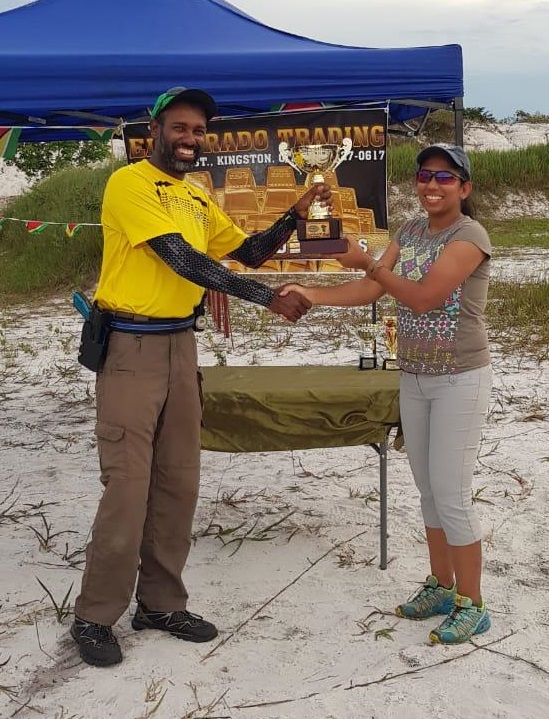