Over the weekend (Friday 3rd to Sunday 5th November, 2017), four Level 2 Archery coaches from Barbados provided our local archers with three days of Olympic Archery coaching intended to raise their skill levels and prepare them for indoor and outdoor competitions, both nationally and internationally.

Father and son Duo, Thomas and Ronald Field, Rebecca Wiltshire and Guyanese Dwayne Grovesnor arrived on Friday, November 3, and held the sessions at the National Gymnasium on Friday and Saturday afternoon, and on Sunday afternoon at the Carifesta Sports Complex Ground on Carifesta Avenue.

The coaches, Thomas & Ronald Field, and Dwayne Grovesnor were also presented with Archery Guyana’s Shirts as a small token of gratitude and appreciation at the end of Sunday’s training session, at which they demonstrated shooting at the 70 meter distance with their olympic equipment. 70 meters is the official olympic distance shot by all archers in the Olympics.

All of Archery Guyana’s archers who participated in the 3-day training course by the expert coaches are now richer in the knowledge of preparation and participation in the sport of Olympic Archery, especially with emphasis on Safety with regard to the rules of the World Archery Foundation.

Archery Guyana wishes to express its gratutide to Director of Sport Mr. Christopher Jones and the National Sports Commission for making the National Gymnasium available for use on Friday and Saturday. Special thanks are also extended again to the Ministry of Education, Department of CY&S for the continued support of Archery and use of the Carifesta Sports Club Ground for the usual practice and training sessions. 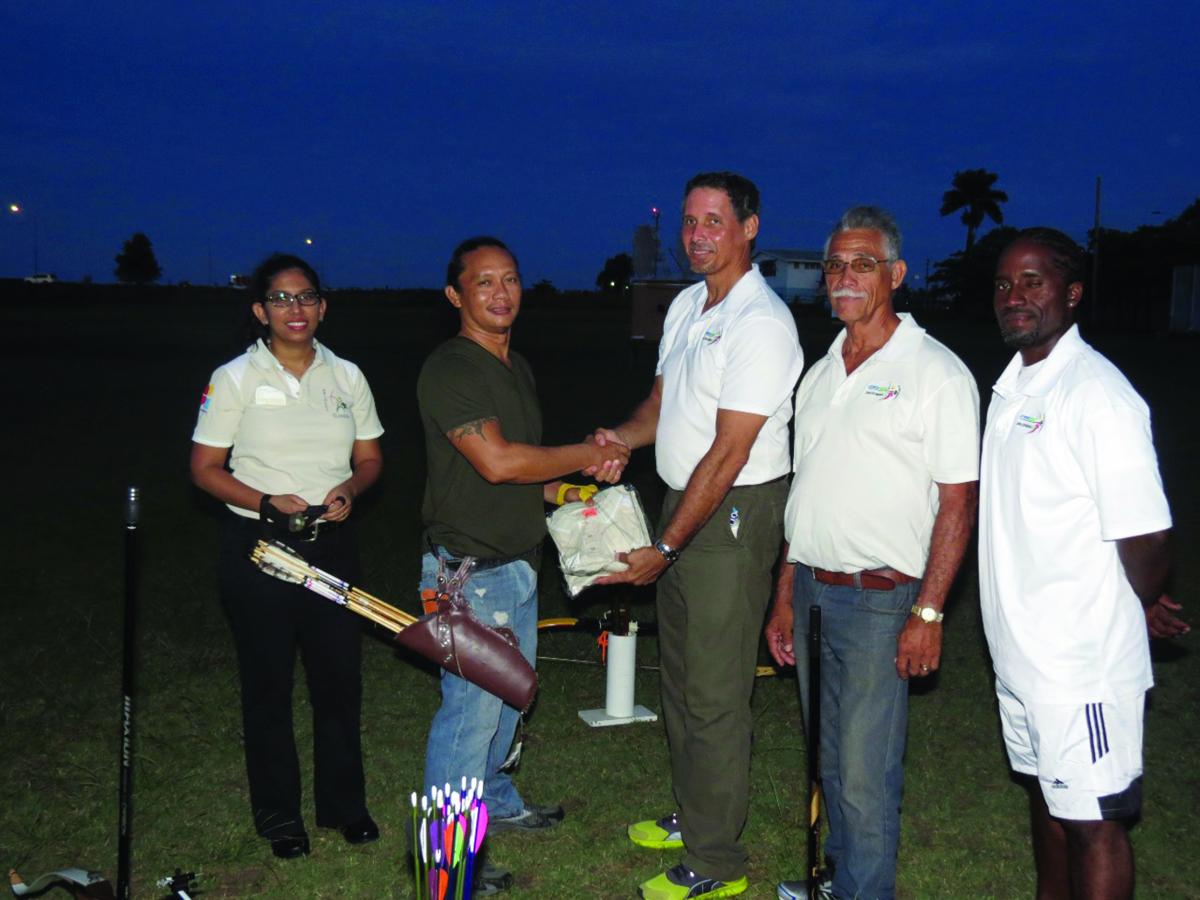 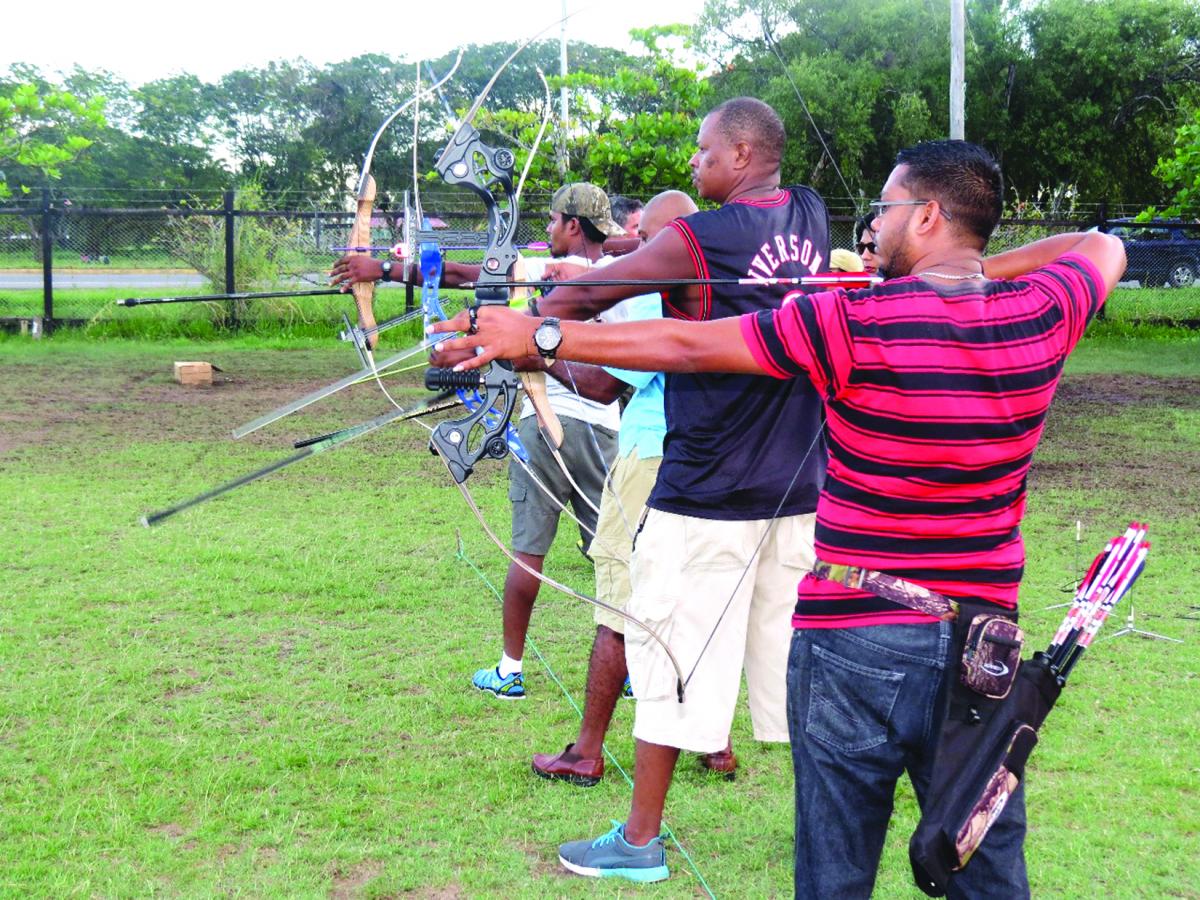 Local archery practicing what they learned at the coaching sessions 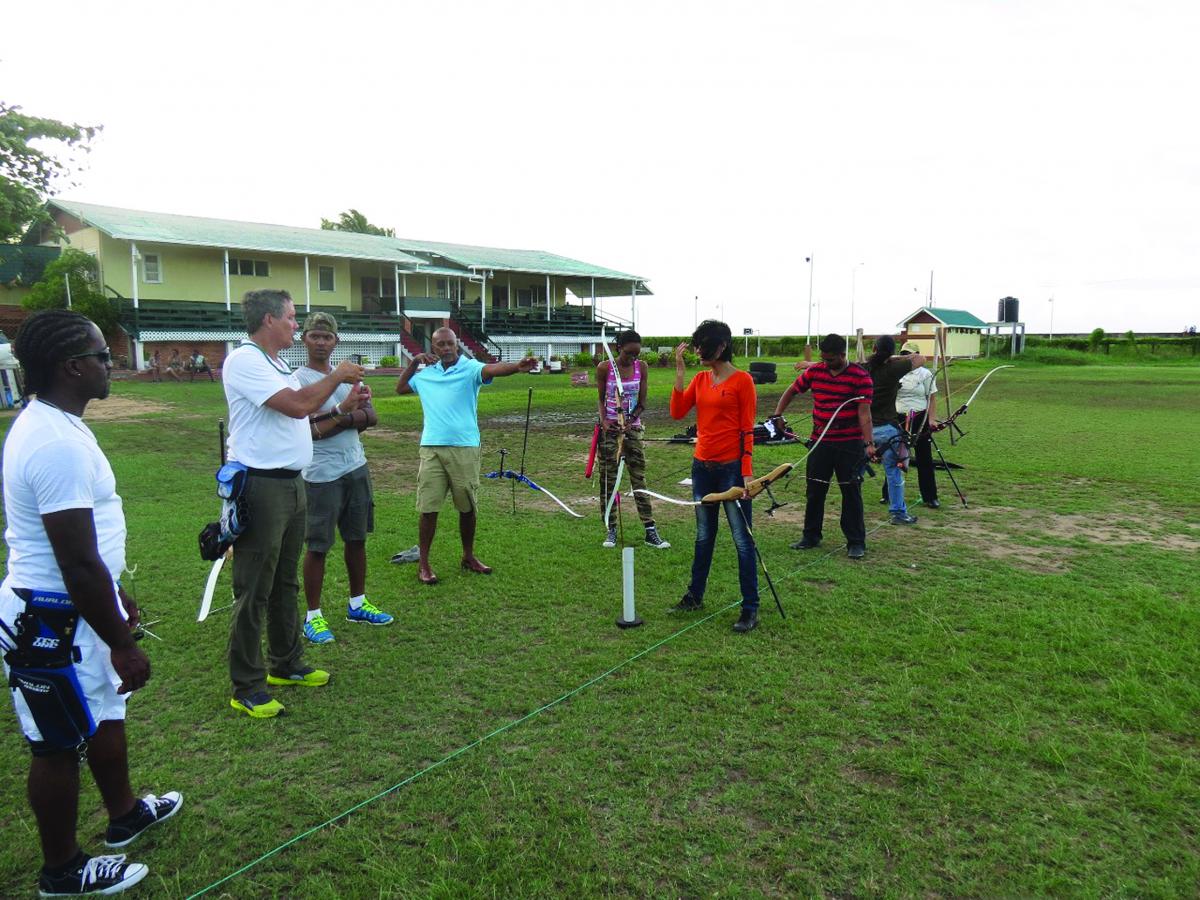 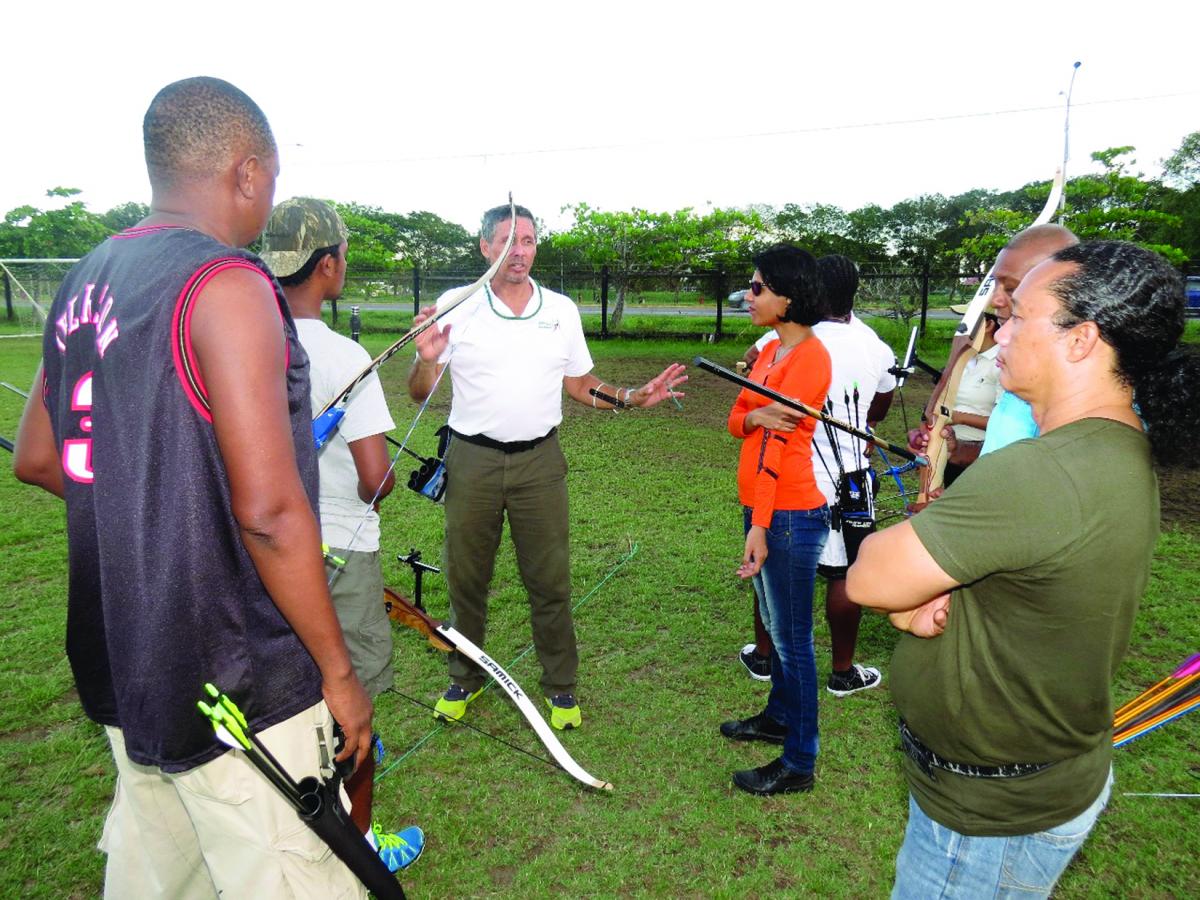 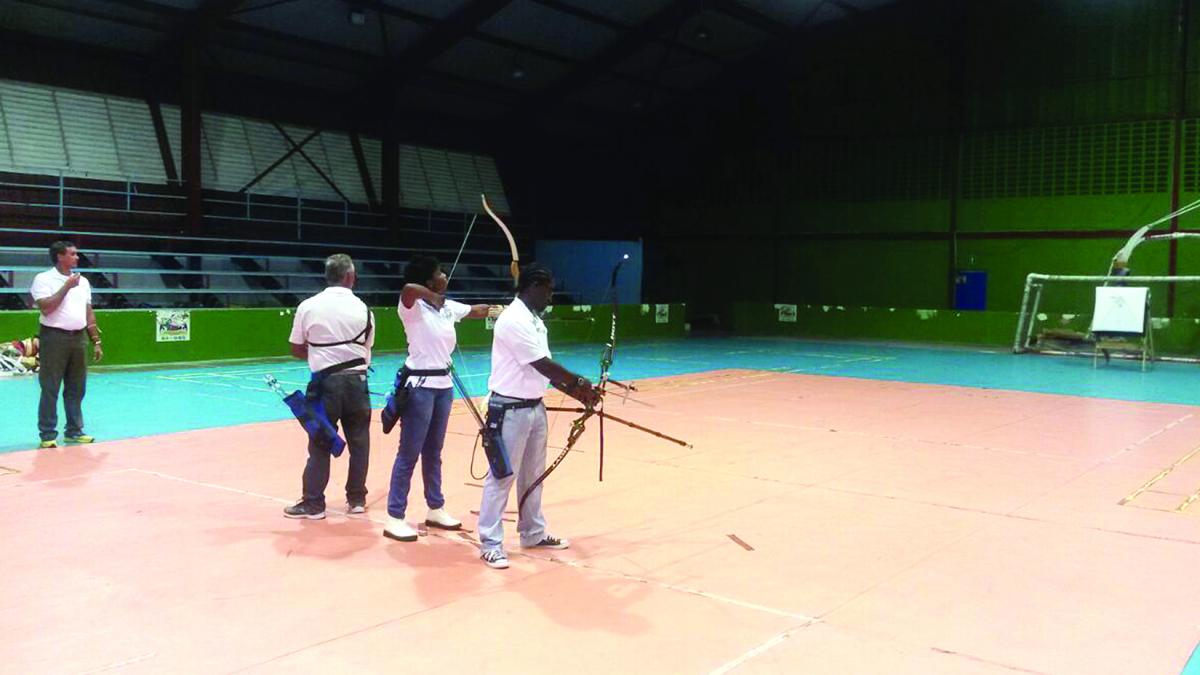 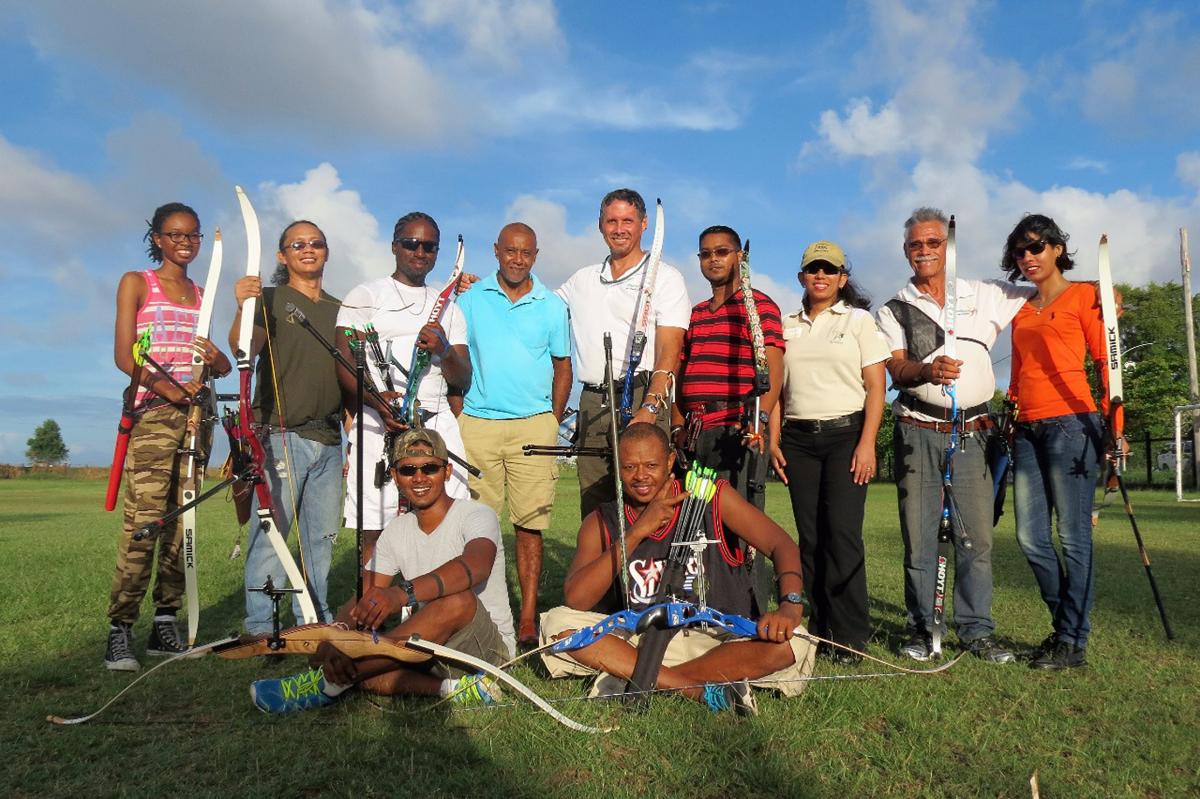